After Real Madrid won the Champions League in 2018, Zinedine Zidane decided to resign as coach just days later. He told the press that he was tired, needed a break and that he thought the team needed a new face to continue to win titles. Julen Lopetegui came in, and after the 5-1 loss to Barcelona late in October he was fired. Florentino Pérez decided to move Santiago Solari out of his position in Real Madrid Castilla and up to the A-squad, and after the Argentine won the first matches, he was awarded a long-term contract, much to the disappointment of the majority of supporters. His spell as a coach did not go very well, and on a week in March, Real Madrid was out of the LaLiga title race, out of Copa Del Rey and out of the Champions League. Everything was set and dusted for the return of the king; Zinedine Yazid Zidane.

When the Frenchman returned, he seemed very hungry and motivated in the press conference. He said the break had done him well and that he was ready to bring Real Madrid back on top again. He talked a lot about changes and that they would do things differently. In addition, he did something as rare as public speaking about his enthusiasm for Paul Pogba. This summer, Real Madrid have brought in Eden Hazard, Luka Jovic, Ferland Mendy, Eder Militao and Rodrygo Goes. Zidane has all the players he wants, with the exception of Paul Pogba. Real Madrid’s failure to bring in a midfielder is worrying. We have loaned out Ceballos and we have sold Kovacic. Modric is starting to drag on over the years and if Casemiro is injured, we have no backup for him. Otherwise, I believe that we have a very strong squad, which should be competing on all fronts.

It is romantic that Zidane is back, but I do not think he is the right man to lead this project. He talked about changes, but the fact is that there was only one change in the starting lineup against Real Valladolid compared to the previous seasons and that was James Rodriguez. Zidane still relies entirely on the old players, and he has to let go of that. In addition, he is tactically weak, and it was seen against Valladolid that the only thing we had to come with in the second half was cross after cross. I think extremely much will depend on how well Eden Hazard is performing this season. If he performs, we will perform, if he does not, then I believe that we will have a very though season in front of us. 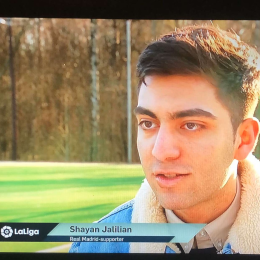