Real Madrid drew with Villarreal 2-2 at the Ceramica Stadium on the last Sunday in the third round of LaLiga . A Draw which caused controversy among the fans of Real Madrid because the team has got 5 points out of 9 available points in LaLiga so far. Losing 4 points in the first three games of laliga and in the presence of the “revolution” is a shock to all the Madridistas. 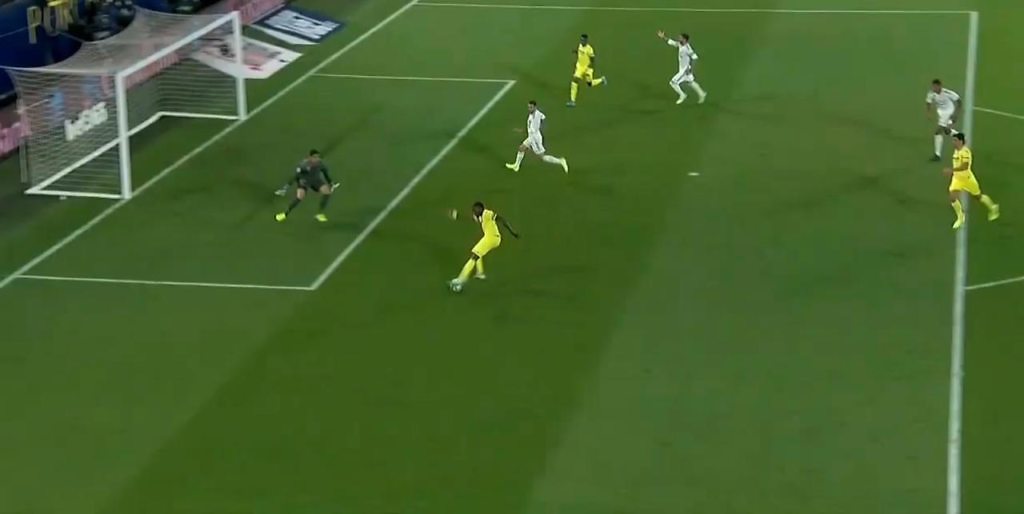 The Fist Goal: At the beginning as we know Ramos lost the ball and then the ball arrived to Ekambi in-front of Courtois. At that moment we can see that the problem is in the whole defensive system and not Just in the loss of Ramos to the ball. In principle there was a second mistake that Ramos did and it was the loss of vision of the ball after his concentration with the Linesman. On the other hand, Varane was so slow that the striker Gerard Moreno was ahead of him and actually Ekambi hit the ball but Courtois saved it then the ball returned to Gerrard, who scored comfortably after Ramos lost the ball, then the vision of the ball and Varane did not press him as you can see in the picture. 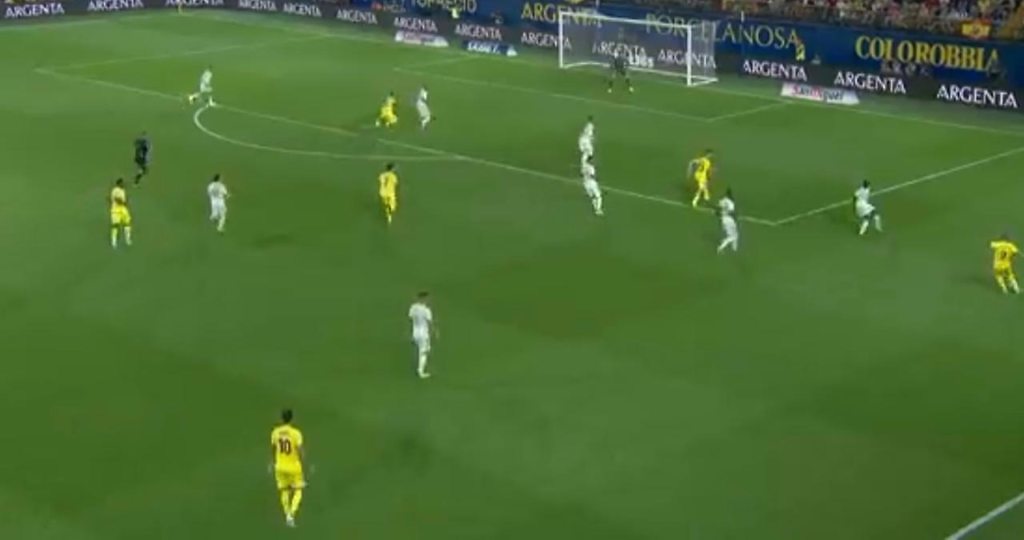 The Second Goal: The danger started from Mario Gasper’s cross that targeted Carlos Bacca but Varane managed to keep it away. At that moment, we can see again that the problem is in the whole defensive system, when Varane got the ball away, the ball went to Gerard Moreno, the problem was not here, but the problem appeared in the position of Gerard Moreno between the three midfielders of Real Madrid without any pressure from them (as you can see in the first picture), and because of that Gerard Moreno again shot comfortably and Courtois saved the ball but it returned to Ontiveros, and here we can see the errores of the defensive system one more time (as you can see in the second picture), from Carvajal who did not cover the ball in the correct way to Ramos again who moved slowly to cut the ball and then to Varane who was behind Moi Gomez, who scored with all his comfort and finally to Casemiro who should have pressed Moi Gomez, but that did not happen.

Ramos is the one who was heavily criticized because his mistakes were the most obvious, but the truth is that the entire defensive system is full of mistakes and this has been more evident in recent years , and we can see that Real Madrid is the most team that concedes goals among the top three of Laliga since 2012/13 season. But the biggest problem is that the rates of conceding goals have increased significantly in the last three seasons, as the team conceded 40+ Goals in each laliga season since 2016/17.

Zidane should try to improve those weaknesses after returning from the international break because September could be a decisive month in the season of Real madrid especially after the team became behind the leaders, Atletico Madrid, with 4 points in the first three rounds only.

Real Madrid schedule in September after the international Break: